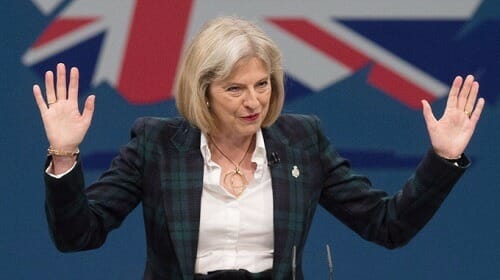 Does the prime minister have to cook her own meals and do the washing up afterwards? Does Theresa May get let off the housework by her husband because she has the small extra responsibility of running the country? And do the Mays have to take their own rubbish out at Number 10?

These are all questions that many of us have often pondered, but were answered in part after the prime minister and her husband, Philip May, appeared on BBC’s The One Show for an interview on Tuesday May 9th.

Mr and Mrs May were interviewed by presenters Matt Baker and Alex Jones about everything from whether the UK will have to leave the Eurovision Song Contest because of Brexit – it won’t, as Brexit means leaving the European Union, not Europe itself – to how they met and what it’s like for Mr May to be married to the leader of the UK.

What the Mays revealed about housework chores 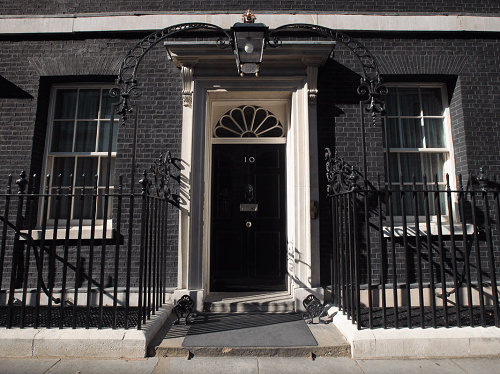 The couple revealed that they live in the official home of the prime minister, Number 10 Downing Street, during the week, but go ‘home’ to their former property in the Berkshire village of Sonning at the weekends, where Mr May revealed that the PM does her fair share of the cooking and cleaning.

Mrs May has been revealed as a big fan of cooking, reportedly owning a collection of more than 100 cookery books. During the One Show interview, Mr May confirmed that she is a “very good cook”, but added that as the prime minister’s spouse he cannot expect to have his tea on the table at a set time each evening.

His wife can surely be forgiven for this, as she spends her time running the country, but this was not the only slightly outdated comment that the couple came out with.

Mr May revealed that it is him who has to take the rubbish, explaining: “There’s give and take in every marriage. I get to decide when I take the bins out. Not if I take them out.”

At this point, the PM added: “There’s boy jobs and girl jobs, you see.”

Her husband continued: “I definitely do the bins. I do the traditional boy jobs, by and large.”

But should there be a gender divide in who does the housework in any household, let alone in one where the female partner is in fact in charge of running the country?

Should there be ‘boy jobs and girl jobs’?

Women have traditionally done the majority of the housework, which is still the case in many households, according to a survey carried out several years ago by researchers at the University of Ulster.

Leader of the research Professor Gillian Robinson commented: “Gender inequalities in all areas are rooted in social structures, but also in attitudes.

“It is difficult to see how women will ever have the same opportunities in the labour market if equality at home is not achieved.”

But the Mays’ relationship is surely one of the best examples of why the housework gender divide should no longer be the case in any household in the 21st century. If both men and women can run the country, they should be able to share household chores equally too, with no outdated views about ‘boy jobs and girl jobs’ but everyone mucking in instead.

One solution to end this gender divide or any uncomfortable discussions about what should be ‘boy jobs and girl jobs’ could be resolved by hiring a professional cleaning company.

When residing at Number 10 during the week, the Mays have help from professional cleaners, meaning there is no need for gender to be considered with regard to the jobs that need doing and that Mr and Mrs can instead get on with their respective jobs of managing investment relationships and leading the country. As a result, any free time they have together is their own and doesn’t need to be taken up with domestic chores.

If you’d like to be able to enjoy more quality time with your partner instead of arguing over who should do which chores, contact FastKlean today.