HomeNewsMeghan Markle and the fight against housework gender stereotypes

Meghan Markle and the fight against housework gender stereotypes 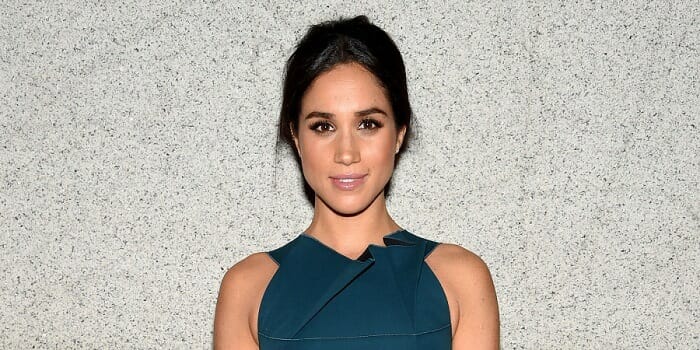 The world has spent the last week in a state of obsession over US actress Meghan Markle, the woman Prince Harry has chosen to be his bride.

We’ve been gushing over the beautiful rock on her ring finger, designed by her future husband himself, speculating over every detail of the upcoming wedding day from the dress to the flowers, and dreaming of a similar fairytale ending for ourselves.

Welcoming a new addition to the British royal family is an exciting time, but the days where the role of a prince’s bride was simply to look pretty and have children to carry on the family line are thankfully long gone.

The modern royals marry for love, and new additions to the family typically use their new public platform to champion the causes they are passionate about. For instance, newer members of the family like the Duchess of Cambridge and the Duchess of Cornwall are the patrons of multiple charities and use their profile to speak about causes close to their hearts.

Ms Markle took part in her first official royal engagement last week with Prince Harry at her side, and we can expect to see her championing all kinds of causes both on her own and with her husband once they are married. Even prior to their relationship, she has used her fame to speak on gender issues at the United Nations and to write about period poverty for Time magazine.

However, it was at a very young age that Meghan first ventured down this path. Following the announcement of the engagement last week, footage emerged of an 11-year-old Ms Markle fighting against gender-based stereotypes in a US advertising campaign.

Showing passion for causes from a young age

A clip obtained by Inside Edition dating from 1993 shows 11-year-old Meghan discussing the problem of sexism in adverts for a Nick News segment on the Nickelodeon channel. In particular, she has an issue with an ad for Ivory Dishwashing Liquid – a Procter & Gamble product – that was shown to her social studies class.

In the advert, the line “women all over America are fighting greasy pots and pans” is spoken. Meghan argues that it’s unfair to always show mothers doing the housework, and is then shown writing a letter to Procter & Gamble, expressing her concerns.

The footage shows some of her male classmates teasing her, shouting that women “belong” in the kitchen, but this does not deter Meghan.

In her letter, she suggested that the line was instead changed to “people all over America”. Young Meghan also wrote to then-First Lady Hillary Clinton, as well as journalist Linda Ellerbee and lawyer Gloria Allred on the matter, and such was her persuasive power, the ad was indeed changed.

Now, we are sure that neither Meghan nor Harry will be doing much of their own cleaning at Nottingham Cottage, the residence in the grounds of Kensington Palace which is to be their marital home. However, it is fantastic to learn that the nation’s new princess has long been championing causes she is passionate about to bring about positive change.

Great to see people with influence championing ideas which will improve peoples lives. Thanks for sharing.

In a funny way, this reminds me of a time when my 9-year-old daughter wanted to go down a waterslide that her brother (who was 7) had just slid down. In my ignorance, I said that it was too dangerous for her. Well, that got me into a lot of trouble, with claims of ‘living in the last century’ and ‘girls can do anything that boys can do’.
Obviously, she was right and I relented. If young people can turn to strong role models, of which I believe Meghan Markel is one of, then the barriers and stereotypes can begin to fade away.

In these more enlightened days, stereotyping of roles is/should be on the decline. I’m aware of at least a couple of marriages where the vast majority of the cooking is done by the husband.

Excellent article Antoaneta, thanks for bringing it to my attention. The way that William and Kate, and now Harry have backed such modern causes has been a breath of fresh air, and I am looking forward to seeing what Meghan will do. She is obviously very strong and determined and having read this article, she seems to be the ideal person to tackle issues regarding gender stereotypes. Let’s hope she can influence real change.

Thank you for the lovely comment John, I am really glad you enjoyed this article. We all hope she can influence real change.

Excellent, good to hear that Meghan is a strong minded woman. She will need all that strength to manage the royal household. Interesting points you brought up Antoaneta, maybe Fastklean can offer the happy couple a discounted rate.

Thank you for your comment Tahir. I am really glad you enjoyed reading this article. We always provide our clients with very good deals and offers.