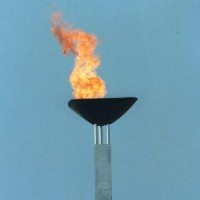 Cleaning companies employed to spruce up the homes of athletes at the 2012 London Olympics have been told to keep an eye out for signs of doping.

Officials will conduct a record number of tests for performance-enhancing drugs during the competition, with 5,000 participants expected to be scrutinised.

However, the likelihood of catching the cheats is still slim, so cleaning companies and security staff will be trained to spot signs of drug use.

It is hoped this increased intelligence will help organisers get a clearer picture of who they should be assessing.

At the 2002 Winter Olympics in Salt Lake City, cleaners found blood transfusion equipment in the rented home of the Austrian ski team, which eventually led to a number of bans.

"We will be educating those personnel in those functional areas so that if they should come across behaviours that are untoward they share that information with us," Mr Harris was quoted as saying.

A number of cleaning companies may also be drafted in to tidy rooms that are being rented out by opportunist London homeowners while the Games take place.