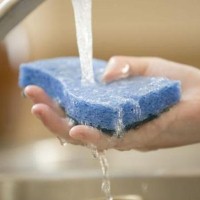 A new study has unveiled the sins that many Brits are guilty of committing which leave our homes looking less than savoury.

Research published by Kärcher revealed that mouldy teacups, rotting food in the fridge, and toothpaste left on the fixtures and fittings of our homes are among some of the common blunders seen in British houses.

These cleaning sins are not the result of ignorance according to the study - they are the product of a society that simply does not have the time to attend to them.

The study found that six in ten full-time workers consider themselves too busy to clean each week.

Around one in eight Brits haven't vacuumed at all this year so far, while a fifth never polish or dust their home.

A fifth of households admitted to never having cleaned their windows before.

Speaking about the findings, Phil Springall, Kärcher UK Home and Garden marketing manager, said: "For many people, workloads are increasing and weekly routines are often hectic. We've seen that more than ever, full time workers are juggling their careers while trying to stay on top of the chores at home and clearly it's a battle that many admit they fail to win.

"The result of that is that standards at home slip and that means a less welcoming environment after a hard day's work."

Some 2,000 people were polled for the study. It found that 30 per cent never iron, while others rarely completed tasks such as cleaning out the bath or vacuuming the stairs.

Many Brits also avoided wiping the skirting boards, defrosting freezers or clearing out the fridge.

The study makes fairly grim reading, and indicates that many are potentially putting their health at risk by failing to complete basic House Cleaning duties.

However, employing professional house cleaners may be a more practical solution to those who can't or won't clean.