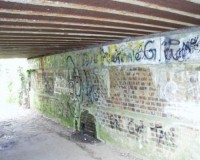 Cleaners have been working hard to tidy up the damage caused by protestors in the heart of London at the weekend (March 26th 2011).

Trafalgar Square was one of the main areas to witness damage such as graffiti, which was scrawled by demonstrators after a rally against government spending cuts turned nasty, the Telegraph reports.

Many businesses in the capital could also be looking to recruit cleaning companies after they were targeted by vandals, who smashed windows as they rampaged through the streets.

The day had started with a peaceful protest organised by the Trades Union Congress involving more than 250,000 people.

However, a minority turned the atmosphere sour and daubed anti-capitalist slogans over the walls of landmarks, forcing the police to make more than 200 arrests.

Street cleaners were also needed as the pavements of London were strewn with litter following the demonstration.

According to Fast Company, a strange new craze is starting to emerge in the capital, as "graffiti knitters" have been seen covering phone boxes in graffiti that is bizarrely made from wool.