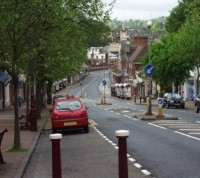 Locals are often angered by the sound of noisy street cleaners outside their properties early in the morning.

However, this problem looks to have been resolved in Taunton, as a new machine aimed at tackling hard floor cleaning has been launched.

Taunton Deane Borough Council has unveiled the Citymaster 2000, which is a street cleaner that comes with an eco function which significantly reduces noise levels.

Members of the council were keen to add the machine to the authority's fleet in a bid to maintain the town's good reputation for cleanliness.

Councillor Ken Hayward hailed the Citymaster 2000 for its green credentials and suggested the whole borough would benefit from its services and not just the town centre.

"Not only will it help staff keep the Deane's streets clean, but also it is extremely quiet and has just about the lowest emissions from a machine of this type," he remarked.

This comes after an AA survey placed Taunton as one of the three cleanest towns in the entire UK.

Meanwhile, street cleaners in Islington have staged a demonstration over the use of cheap agency staff by the local authorities.