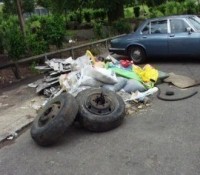 An increasing number of people who undertake domestic cleaning are dumping their rubbish illegally, it has been claimed.

Founder of Anyjunk.co.uk Jason Mohr told the Guardian that increased costs and excessive regulation has led to a rise in fly-tipping cases across parts of the UK.

It appears that many homeowners who do their own spring cleaning chores are not willing to fork out for a skip and instead dump their unwanted items in a public place.

Indeed, figures have shown the City of London noted a 297 per cent rise in the number of unlawful waste disposal cases between 2009 and 2010.

Another study has highlighted a potential reason for this, as a survey of 148 borough councils showed some authorities have hiked the cost of skip permits by as much as 650 per cent.

"Regulation, coupled with rising costs of disposal, means that a significant percentage of waste gets disposed of in an illegal way," Mr Mohr told the publication.

Despite this worrying trend, statistics compiled by the Department for Environment, Food and Rural Affairs have shown record numbers of English households are now embracing recycling on a day-to-day basis.