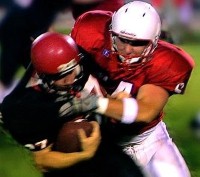 It took a total of 792 cleaners to handle the massive task of cleaning up before and after the Superbowl.

ESPN reports that the work was undertaken by two teams of commercial cleaners. The first team of 442 operatives was used in order to prepare the Cowboys Stadium in Dallas for the game, while the mammoth after party cleaning was handled by a further 350 workers, who arrived at midnight and had completed the task by 07:30 am.

The XLV Superbowl was won by the Green Bay Packers, who beat the Pittsburgh Steelers 31-25 to take their fourth Super Bowl and first title since 1996.