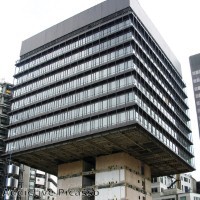 Boost thanks to new office space in London

After builders cleaning could be boosted as London's skyline becomes littered with a plethora of new office spaces - which could lead to an increase in the number of cleaning company contracts.

The UK has benefitted from a surge in commercial property construction in the capital and, according to the Investment Property Databank, office space values in the City and the West End have outpaced those in the wider market by as much as 18 per cent.

While vacancy rates are still low - suggesting that once after builders cleaning is completed office cleaners' services will be in high demand - the future is a little uncertain, particularly as London office space rents are rising.

However, after building cleaners will be happy to hear that long-term City lease expiries are set to peak in 2014, but by this time half of the 11.4 million sq ft of new office space under construction will be on the market, reports property specialist Knight Frank.

After builders cleaning, therefore, could witness a contract boom as a result.

The 2012 London Olympics is also expected to fuel the demand for professional cleaning companies in the capital.