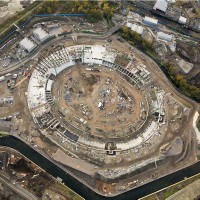 After builders cleaning companies could be in demand after the government put out to tender one of the largest regeneration projects making up the 2012 Olympic Games legacy.

According to the Financial Times, seven companies have been shortlisted by the London Development Authority to fight it out for a 50-acre housing and office project contract at Silvertown Quays - a development that will undoubtedly require after builders cleaning.

British Land, the UK's second largest developer is on the shortlist, as is Barratt Developments, Delancey and the Berkeley Group - among others.

Charlie Hart of Knight Frank, which is acting as agent for the contract, told the FT: "The key to this site is Crossrail and the access that it will give.

"Before now, it has never been so attractive as transport has been limited."

With office space on the cards, after builders cleaning services won't be the only ones in demand.

The Olympic Park, which is to the north-west of the proposed Silvertown Quays development, has already been a huge boon for cleaning companies in the capital.